Innovation Insights: Video Games Can Be More Than Just Entertainment 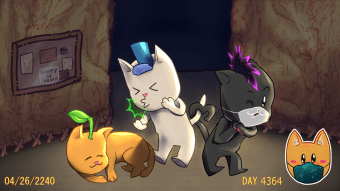 Video games have become an important part of mainstream culture, spawning movies, tv series, e-sports leagues and numerous physical and virtual conventions which celebrate gaming and gaming culture. Even with the vast reach of gaming throughout our society, gaming still deals with stigma and is treated as a lesser form of art and entertainment.

Devil’s Cider Games has always felt the formulaic nature of many mainstream video games greatly limits the experience and potential of players. This formulaic game design contributes to the stigma around gaming. A stigma that is unwarranted as games can go beyond just a simple source of entertainment and can be used to help make the world a better place.

Devil’s Cider Games since its creation has focused on making truly unique games that disregard the formulaic nature of mainstream game design and focus on the vast potential that games have to create unique gaming experiences or help make the world a better place.

It is almost impossible to separate 2020 from the thought of COVID-19. This pandemic has changed how we live, interact and work and will have a long-lasting effect on our collective consciousness even after the final vaccine is administered to give the world the protection of herd immunity.

The goal of Cat Colony Crisis is to promote pro-science and pro-social concepts which help in the fight against the spread of COVID-19. Cat Colony Crisis has over 50,000 downloads cumulatively worldwide on all platforms. The game has received media coverage in the LA Times, CBC News, AM 640 Toronto, CTV Your Morning and RMIT’s Under Cover podcast. Cat Colony Crisis, won the Character management category at Jamming the Curve 2020, won a LabX development grant and placed 2nd in the Game Development World Championship 2020 game jam category

The team at Devil’s Cider Game feel that Cat Colony Crisis is an excellent example of how games can have a positive impact in the real world and even help in the fight against a global pandemic.